An important topic that i needed to discuss is The Duties Of A Muslim Towards His Parents Islam is a religion that covers all aspects of life. One of the most important aspects is that of respect of children towards parents. In Islam, each child has a duty towards his or her parents. One of the most basic requirements in Islam is that each child should be obedient towards his or her parents and participate in acts of kindness towards them. If Muslim sons and daughters respect their parents, are obedient, treat them kindly and are good to them, it is almost equal to worshiping Allah. This is how important it is to be dutiful towards ones parents in Islam. Same are the duties of the parents also to guide and built the relation of Islam and teach there kids quran and its teachings to let them better practice Islam because a better practicing Muslim or a kid would never disobey there parents or break the rule of Allah subhan-u-Tallah. According to the Prophet (s.a.w), the parents are the determinants of Heaven or Hell. This means that if a Muslim child is kind to them, obeys them, respects the, tends to their needs and keeps them comfortable and happy, then that child will go to Heaven. However, if a child is disrespectful, talks rudely, doesn’t take care of their needs and comfort and causes them to be hurt in any way, that child is preparing for Hell. So he should know the duties of a muslim towards his parents.

Duties Of A Muslim Towards His Parents. 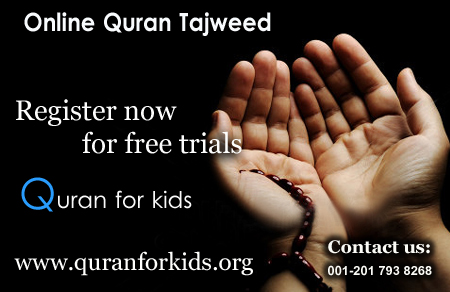 The Duties Of A Muslim Towards His Parents

In today’s time parents are seen as a burden and are often sent elsewhere so that the children do not care for them. Shrugging of the responsibility of caring for parents is a sin and results in nothing but an end in Hell. When it comes to how the mother and father should be cared for, they deserve equal attention in terms of care and physical and mental comfort and peace. The time when a Muslim child should not abandon his or her parents is during their old age since they are more vulnerable and they need some one to looked after them. He should know his duty as a Muslim towards his parents. To be devoted to them at this time of their lives is a major way to please Allah and seek His goodwill. It is one of the easiest ways to be granted access to Paradise so Learn Quran where is is mentioned lot of time about parents and there are many Hadith also regarding Duties Of A Muslim Towards His Parents i have not mentioned many but little bit for your interest to read Quran and learn it if you are looking for like Quran tutors we can shore help you and appoint you the best Tajweed koranic teacher for your kids and your self to let them have then true knowledge of Islamic teachings and let them know about our religion Islam in whole and how to practice it in their life. Let us come back to the topic of the duties of a Muslim towards his parents.

A person once came to the Prophet (s.a.w) and asked him, “Who has greatest claim on him with regard to the service and kind treatment?” The Prophet (s.a.w) said, “Your mother and again your mother and once again your mother. After her is the claim of your father, then that of your near relatives, and then of the relations next to them.” Although both parents, should be cared for equally, the claim of the mother is three times higher. Also, if a good Muslim cares for his parents, it is likely that his or her children will care for him or her too. Its not just the kids responsibility to respect parents its the parents responsibility as well to enhance there family ties with Quran and Islam so the kid could learn what Islam says and teaches about the respect of elders, parents and kids and many more teachings Quran are about the way of living and about Good deeds and about bad deed , that what are those. Its a wast topic to discuss duties of a Muslim towards his parents.

One more important Hadith. Asma bint Abu Bakr also related that when her mother came from Makkah to Medina to meet her, she went to the Prophet (s.a.w) and asked him how she could stop her mother from following her pagan customs. The Prophet (s.a.w) only told her to respect her mother and treat her with kindness since that would serve as a prayer for her and would serve as repentance for her mother’s sins. Praying for parents is very important. Even after they pass from this world to the next, constant prayer should be made to Allah so that they can be peaceful and are given some comfort, even after death. These prayers also serve as forgiveness for the sins of the parents and is an opportunity for children to cleanse their parents’ sins. learn Quran it states, “And say, My Lord, Have mercy on both of them as they cared for me when I was little”. Its a vast topic to discuss duties of a Muslim towards his parents and an important one as well.

If a Muslim abuses his or her parents, then that is a major sin in the all-seeing eyes of Allah. Abusing someone else’s parents is also equivalent to abusing one’s own parents which is why this is not approved in Islam. The Prophet (s.a.w) replied thus when he was asked about to major sins, “To associate some one with Allah-All-Mighty, to disobey our parents, to kill unlawfully and for giving false evidence.”

Respect of parents is very important in Islam as it determines not only the place of a Muslim in the hereafter but also serves as an opportunity to cleanse one’s parents’ sins. Therefore, respecting parents, showing them kindness and being obedient to them is very important is Islam. please so remember to share the topic duties of a Muslim towards his parents and spread the knowledge of islam.