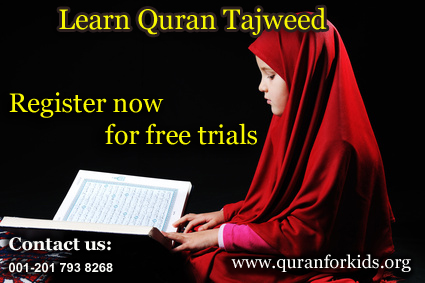 and the third is

While pronouncing these three letters the middle part of tongue collided to the top pallet (the roof).

is articulated when you raise the tongue against the heard pallet like you see in the picture the articulation of the tongue.

is articulated when you raise the tongue towards the hard pallet as shown in the picture.

is articulated when you raise the tongue to the roof of the mouth to produce the constant yaa.

Now you can practice with live Quran teacher as there are in front of you in an easy manner in an e-learning environment. With interactive tools such as skype for voice communication and mikogo for kids to learn Quran online. You can see it for yourself and feel the difference. In our Quran classes we teach the principles of Tajweed along with the articulation of different letters to let them help in the right pronunciation. It does not end here they get to know the basic Islamic teachings namaz, kalmaz and much more. register now for free Koran lesson.

Common mistakes in these letters.

There are some of the mistakes in the characteristics of these 3 letters rather than the articulation of them but not must. The letter

is more often mispronounced by non Arabs and Arabs as well. With the running of J sound, like the French “j”. This letter is strong letter in Arabic. The imprisonment of running the sound. Running of air should be there for the correct pronunciation for it using the middle of your tongue is must rather than the tongues anterior portion, then focus on not letting any air run out while pronouncing the letter. The letter

is mostly articulated incorrect by those who have a significant overbite. For it they have to take some extra precautions by protruding their lower jaw until their top and bottom teeth are aligned. It takes a little practice but not impossible.

some of the time is articulated with running of the air by mistake. The letter

shouldn’t have the air running along with it so you should take extra care to control the air.

To practice your Tajweed with live tutor online register here