Why Quran learning Tajweed is important. At the time of the Prophet Muhammad (PBUH), the Holy Quran was read and written down on various objects without the use of any grammatical rules or pronunciation symbols. This was due to the fact that since the Qur’an had been revealed during the same period and it was passed on in its genuine form, people were aware of the rules regarding the grammar involved that are now known as Tajwid. The companions of the Holy Prophet (PBUH) preserved the verses to their memory and noted them down in the same manner as they had been revealed to Muhammad (PBUH). The people of that are spoke amongst themselves in the same dialect and accent as was present in the Koran. 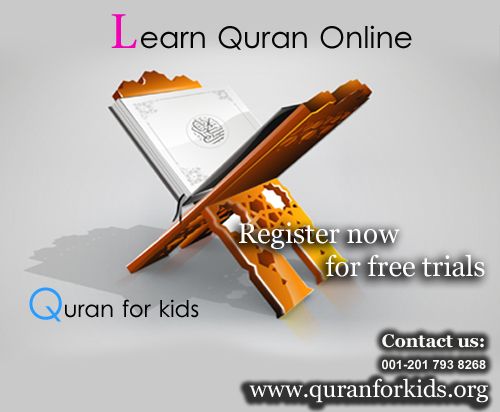 It may appear to be an easy feat but the rules are very complex and require a lot of concentration and practice. This is where Quranforkids.org comes handy. At our online institute, we provide an experienced team of professional tutors who are well-versed in the theories of Tajweed and elocution. There is no doubt that to improve your pronunciation, a teacher is one of those necessities that cannot be denied. In order to know exactly how to clarify the various sounds of the Arabic alphabet, you need to focus on Quran learning Tajweed rules alongside a scholar or tutor who can enhance your speech while you practice.

Tajweed rules include a number of elocution laws and tips to help a person recite with beauty and perfection. The regulations consist of pronunciation methods, emission points of letters, specific properties of punctuation marks, rules of elongation and pausing along with the characteristics of certain letters.

Take a tour of our online academy and you will be glad to see the number of courses we offer; all of which are accustomed to your individual needs. Quran Learning Tajweed with us will be a job well done and your satisfaction is guaranteed with proven results.

As Islam began to spread among the continents and attained many followers from various ethnic and cultural parts of the world, Arabs and non-Arabs began to mix in the society. This led to the original language being embellished and as a result a drastic change had taken place in the commonly spoken Arabic. Those who still had a preserved tablet or sort took on the task of adding the grammatical concepts of punctuation marks to the Holy Quraan. They had the realization that if this responsibility was not taken, people would eventually lose the true knowledge of the Qur’an and that was an inevitable consideration. The fact that the Koran is to be recited in a beautiful and melodious manner can be substantiated by the verses of the Quraan itself. Allah has mentioned,

“..And recite the Qur’an in slow, measured rhythmic tones.” [Surah Al-Muzammil; Verse No. 4]

Slow, measured and rhythmic tones are known as “tarteel” in Arabic. Therefore the Book of Allah must be read with both Tajweed and tarteel. The notion of proper pronunciation during the recitation of the Glorious Qur’an and keeping of a moderate speed while doing so, all come under the label of Tajweed. These were the rules introduced by the ones who made it their sole duty and responsibility to keep the original Book unimpaired and flawless.

See some of free resource to explain you Quran learning Tajweed

About Madda letters or lengthened letters

And more on here

If you want to learn with qualified Quran teaching staff you can always register for 1 week free trial here. Please do remember us in your prayers. Do share and like as the post of Quran Learning Tajweed will help us reduce the cost and spread the knowledge of Islam for free.